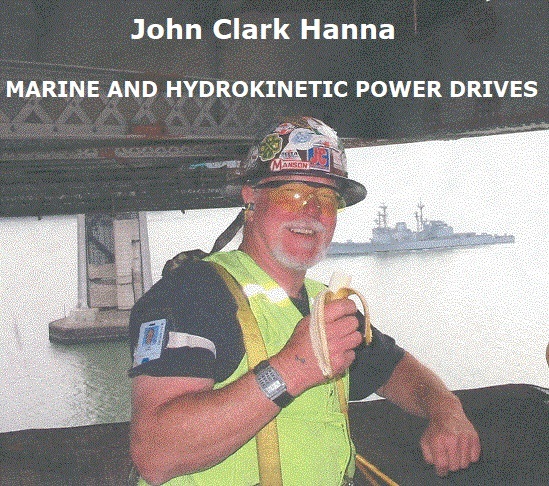 After retiring as a bridge inspector, I wanted to use my free time usefully.  I was granted a patent for a remarkable wave and tidal turbine that I believed would benefit future generations.  My circumstances were limited; I worked out of my garage without funds.  I had no business acumen and I soon realized it was too late in life to launch a new career.  So, I hoped to sell my invention to an entity that had the resources and corporate structure to advance the technology.  Before I could do this, it was necessary to prove the concept.  Over the next decade, my patent was studied and evaluated at four universities.  All the studies were favorable and my technology was independently validated.  Eventually, an established company contacted me and expressed an interest to acquire my patent.  Of course, I was elated.  I was given assurances that the concept would be developed by the new owner. So, I agreed to sell my patent with the hope that my wave and tidal energy turbine would someday be able to help mitigate the unrelenting threats posed by Climate Change.

The original Hanna Turbine has a unique drive train that allows it to operate either as a wave or tidal energy converter.  In 2020, the patent for the Hanna Turbine was acquired by a tidal energy developer in the UK.  In my opinion, the purpose for my patent's acquisition was a deception; apparently, the new owner never planned to develop this powerful technology.  My turbine design was perceived as a competitive threat.  The purchasing company manufactures their own tidal turbines. Their turbine’s use expensive variable-pitch blades.  In comparison, my design presents a more affordable and practical option: the Hanna Turbine has no gear box and uses cost-efficient fixed-pitch blades.  The new patent holder has likely blocked the Hanna design from entering the global marketplace and the technology may remain dormant until the patent expires in 2033.  I hope I am wrong.  Such a strategy would run counter to the urgent need to develop alternative energy resources and our warming planet will have lost a powerful weapon in the fight against Climate Change.

In spite of this disheartening situation, I continue to invent wave and tidal energy converters.  My patent for the Hanna MultiDrive PTO was recently sold to a wave energy developer in San Diego, California.  I wish the new owners well.  The technology was offered in good faith with the hope that they will succeed in their plans to bring this useful invention into the global marketplace.

The information below describes a new wave energy turbine:

In-house Proof of Concept testing was successfully completed for the mono-radial turbine by Oregon inventor John Clark Hanna.  An in-depth numerical and CFD (Computational Fluid Dynamics) study for the turbine was fully-funded by the U.S. Department of Energy and was completed in March, 2022.  A full report on the study is now featured on the John Clark Hanna LinkedIn page.  The new mono-radial power take-off (PTO) is a novel and exquisitely simple wave energy converter.  From the exterior, the method of air intake appears to be self-evident.  But inside the turbine's casement, there is a proprietary method of directing the air.  The full force of the bi-directional air flows are efficiently harnessed to increase the rotational driving force.

Unlike common OWC (Oscillating Water Column) impulse turbines, the new Hanna PTO somewhat resembles a Pelton Wheel.  It is a radial, self-rectifying air wheel that does not use valves, sensors or solenoids to help the rotor turn in one direction.  Peripheral collector vanes help develop optimal momentum.  The Hanna design will use a special air-cored, axial flux generator which avoids the magnetic resistance and drag that normally hinders a turbine's forward motion and torque.

The Hanna Mono-Radial Drive is versatile.  It can also operate within a sealed closed loop system. The closed loop system has a balanced air flow in both directions.  Unlike the OWC application, the closed-loop version is never exposed to corrosive salt water mist and the resulting marine slime that coats internal parts.  The closed loop system can be miniaturized and is ideal for charging batteries on board small autonomous, extended mission research and data gathering buoys.  To read the Closed Loop Turbine patent, click HERE.  To help stimulate the emerging 'Blue Economy' sector, the Hanna Mono-radial design and IP are being offered in the public domain to all global developers at no cost as an 'open-source' technology.

PROTOTYPE FOR THE HANNA MONO-RADIAL TURBINE IN CLOSED LOOP CONFIGURATION

When operated as a full-size OWC-type converter, the design will generate utility-grade power from shore-based installations, surface buoys or fully submerged buoys that are out of sight from the shore.  The subsurface buoy's excitation force is caused by the fluctuating pressure differentials created by passing waves above the structure and the relatively static pressure at the buoy's lowest point.  The subsurface buoy can utilize two PTO options: either the Hanna coaxial, impeller-driven PTO or the Hanna Mono-Radial Turbine PTO.  To learn more about the proprietary subsurface buoy, click HERE.

The Hanna Cross-Current Tidal Turbine was inspired by the single flow Bánki-Michell turbine that has been used in hydropower plants for over a century.  The new bi-directional design is a PTO that only turns in one direction regardless of which way the incoming or outgoing tides flow within estuaries or where rivers empty into the ocean.  Unlike wind and solar technologies, tidal energy can be predicted years in advance and is 100% reliable.

The new PTO has a low profile.  It functions in the horizontal or vertical position.  Its foundation and nacelle are constructed of pre-cast structural concrete sections.  Multiple units will sit on the bottom of a river or can be incorporated into a tidal barrage like La Rance in France or the proposed tidal lagoon in Swansea Bay, Wales.  The turbine is well suited for tidal lagoons with a low head but high flows.

Lighter tidal drives, with their nacelles made of sheet steel, can be fixed to a submerged framework, mounted beneath an anchored floating platform or suspended from a swinging pontoon bridge.  Simplicity of the design keeps the LCOE exceptionally low; there are only two bearings to maintain.  The generator or rotor assembly can be easily raised for servicing using common, non-specialized work vessels.  To read the full patent application, click HERE.