The following information compares four main competing designs for the Hanna Subsurface Buoy.  For a full description of the Hanna design click HERE.

The latest patent (WO 2017/025765) for the Scottish company, AWS Ocean Energy, describes a two-piece subsurface buoy where the two main components are axially aligned.  The upper section oscillates up and down along a vertical plane.  This reciprocating component moves separately from the lower portion which is rigidly fixed to the sea floor.  Both the upper and lower structures are connected by a tubular direct drive PTO.  The tube is a linear generator that has a central magnetic core.  Surrounding the tube are stacks of moving, annular induction coils.  This allows the PTO to act as an electronically operated damper or spring used for phase control.  In theory, the variable weight  of passing surface waves exerts the hydrodynamic force to physically move the buoy's upper portion in order to energize the linear PTO.  The design will require a moderate to heavy sea state to achieve the necessary excitation force to move the AWS buoy's upper section and PTO.

The Hanna buoy is different.  It also has two components but the design is much simpler because the upper and lower structures are rigidly connected.  Both components remain stationary and fixed to the sea floor.  The only kinetic force driving the Hanna buoy’s mechanical direct-drive PTO is the fluctuating free surfaces of water within the upper mantle and the lower tube.  The tube’s air/water interface causes an internal lightweight float and shaft assembly to rise and fall, driving the mechanical PTO and generators.  The tubes air/water interface can also act as an air piston to drive a self-rectified turbine.

Because the entire Hanna design is below the surface and stationary, it does not require expensive and complicated electronic mechanisms for damping or spring controls.  The Hanna buoy captures the full spectrum and amplitude of omni-directional waves.  Complex phase controls such as electronic algorithms, mechanical latching and braking are completely unnecessary.  In the Hanna device, the stroke of the float powers the mechanical direct drive PTO which spins multiple, off-the-shelf induction-type generators wired in a parallel circuit.  This allows continued power output even if a generator should fail.   The Hanna PTO is less complicated and can deliver more power than linear induction generators.

The AWS design is heavier and more complex.  The Hanna device can be built lighter and its mechanically rectified PTO is simpler and can drive multiple generators.  The Hanna subsurface power buoy is more versatile because it has three PTO options: (1) the patented mechanical direct-drive PTO (US 8745981); (2) the rotary, self-rectifying blade PTO and (3) the self-rectifying mono-radial turbine PTO.  The Hanna buoy uses an OWC-type acceleration tube which develops a bi-directional flow at every passing wave cycle.  The generic buoy is a proven and validated design.

The Dutch company's buoy, "Symphony" shares operational cues from the AWS device.  It is a tethered, two-piece subsurface buoy that uses the weight of passing waves to alternate a volume of air and water which is contained between the buoy’s two main components, the cap and lower shell. Two double-acting flexible rubber membranes are used between the two sections.  The membranes contain a volume of air and water.  The weight of a passing wave will push down on the cap which will again rise as the wave passes by. This pumping action draws the contained water back and forth through a novel turbine which spins a direct drive generator.

Unlike the Hanna device, the Symphony turbine and generator must reverse direction at every wave cycle which is inefficient.  The Hanna buoy efficiently spins its generator in one direction only all the time.  The flexible membranes are expensive and might potentially leak.  Like the AWS buoy, the weight and complexity of the Symphony buoy makes it expensive to build and maintain.

While the Swedish CorPower buoy is not a submerged device, their PTO is nearly identical to the Hanna PTO.  Their patent application was filed after the Hanna invention.  Like the Hanna design, CorPower’s PTO drives two back-to-back flywheels.  But unlike the Hanna patent, their flywheels do not include one-way bearings which helps reduce shock loading and maintains smooth, continuous angular momentum at the top and bottom of each stroke.  Lab tests demonstrated that the efficiency of a mechanical PTO is increased up to 80% when it has flywheels that engage and disengage due to its one-way bearings.  The Hanna PTO has less resistance and puts out more power by driving multiple smaller generators.

Another Swedish firm, Waves4Power, offers a surface buoy with similar design characteristics to the Hanna subsurface buoy.  Both buoys use an acceleration tube which drives an internal float (piston).  The acceleration tube and float arrangement is a proven system that has been validated in sea trials over many years.  The internal float in the Waves4Power design drives a hydraulic PTO.  Petronas, the hydraulic fluid manufacturer says "Do not discharge into drains, soil or water".  There is a potential risk to the environment should any of its pressurized valves and fittings spring a leak.  Their system is complex and uses an hydraulic accumulator to store energy and fluid under pressure.  The Waves4Power buoy has low energy conversion efficiency (wave to electric) because of large energy losses seen in hydraulic systems.  The Hanna buoy is safer for the environment and uses a simple mechanical direct drive PTO to drive its multiple generators.  Because the Hanna system is less complicated, it is less expensive to manufacture and maintain.  Therefore, the Hanna design has a lower LCOE than the other designs noted above. 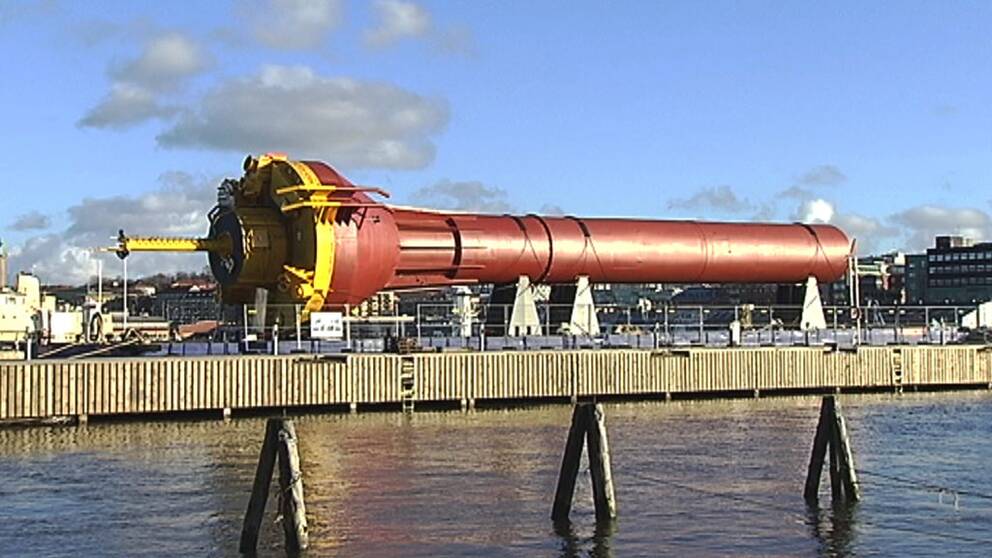 The CorPower mechanical PTO drive (above)

The CorPower PTO design is similar to the Hanna MultiDrive PTO, U.S. patent 8,745,981 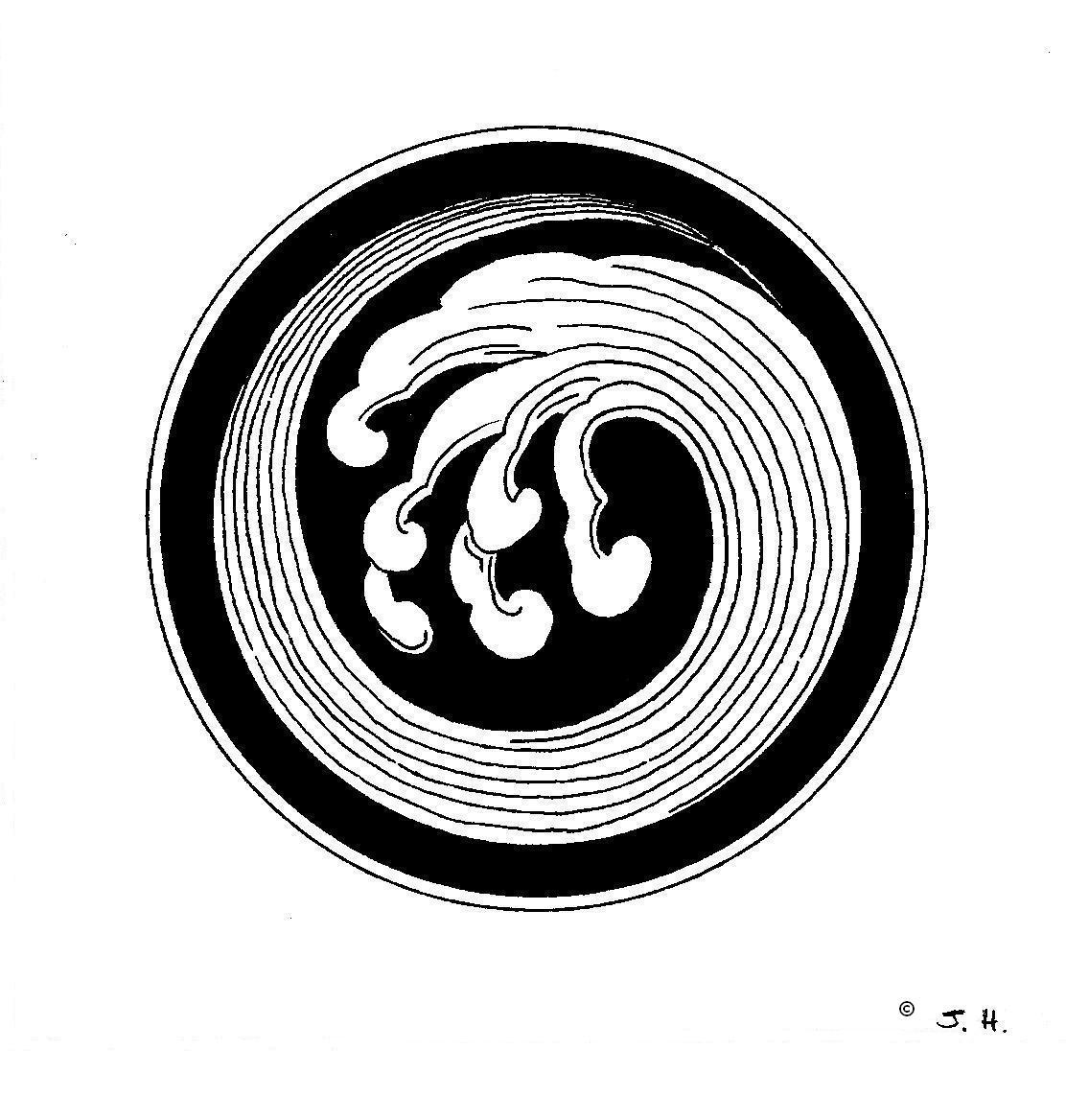